Schools in Canada: Understanding the Canadian Education System
Contact Us

​​With the announcement of Canada’s New Immigration Measures for Hong Kong Residents, which provides an expedited route to obtaining permanent residency, more and more Hong Kong families and post-secondary students are considering relocating to Canada, known for its high-quality education.

An Introduction to Canada’s Education System

In Canada, the laws stipulate that children must receive an education up to the age of 16 or 18 (depending on the province or territory) or until they have received a high school diploma.

Unlike Hong Kong, Canada does not have a federal department of education or a national curriculum. Provincial or territorial governments usually entrust school boards, school divisions, or district education councils to run their own education system and oversee the curriculum. Therefore, although the systems are fairly similar across the country, there are some important differences between provinces.

Children receive free public education, paid for by taxes, from kindergarten to Grade 12. These years are also known as the K-12 years. With French and English being the official languages of Canada, parents can choose to have their children educated in either language. Similar to Hong Kong, school typically runs from Monday to Friday and the school year is from around late August or early September to the end of June.

Generally speaking, Canada’s education system can be divided into three phases: Primary (Elementary), Secondary and Post-Secondary. Grade structure varies province from province, and may even differ between school districts within a province. For example, some school districts include kindergarten until grades 7 to 8 in their elementary school system. While in other districts, kindergarten can be split into junior kindergarten (JK) and senior kindergarten (SK). This is why it is best to learn about the organization of grades at the website of each district’s school board.

Here’s a general guide to the types of schools in Canada: 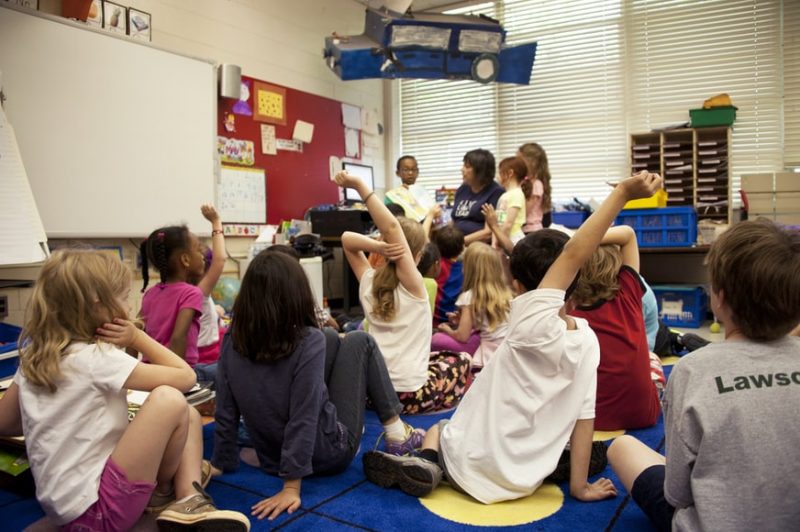 Although preschool is optional in Canada, it is still rather prevalent for very young children to attend preschool before elementary school. However, preschools and daycare are not included in the free public education system.

In Canada, children under the age of 5 are not required to go to school. Elementary schooling includes kindergarten and grade 1 to 6 (some school districts include grade 7 and 8). It is generally for children aged 5 to 12 years.

Formal schooling in Canada begins with kindergarten with children starting as early as the age of 4. Unlike preschool, kindergarten is mandatory in some provinces. 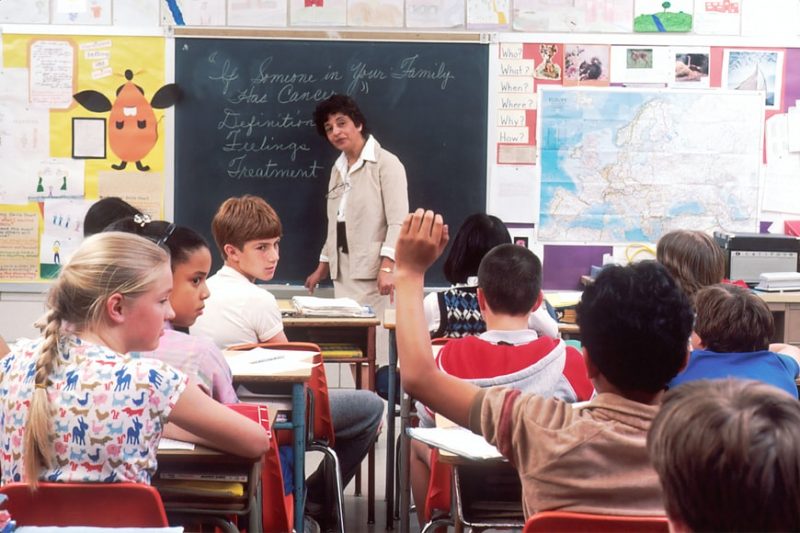 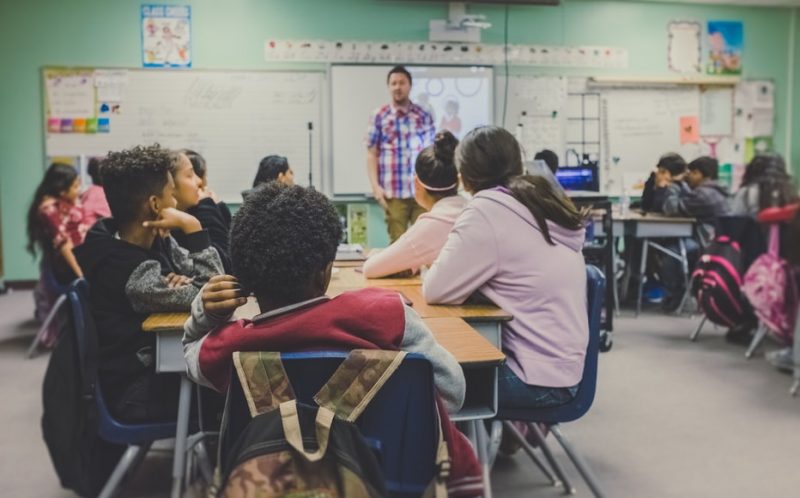 High schools in Canada run from grade 9 to grade 12 in most provinces. The high school curriculum focuses on preparing students for post-education education. While there are plenty of good high schools in the Canadian public education system, many parents may still consider sending children to private schools due to the offering of advanced study programmes. These programmes connect high school students to post-secondary education by offering university-level classes and exams while still in high school. 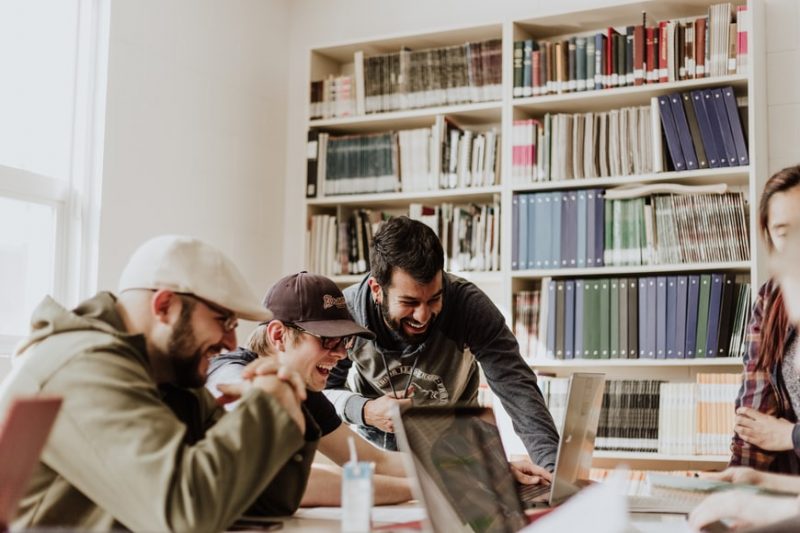 Unlike other countries or regions, colleges and universities are considered different types of schools in Canada and cannot be used interchangeably. Colleges emphasize career training while universities programmes are more academic or professional-focused.

Canada is home to some of the top-ranking universities in the world, such as the University of Toronto and the University of British Columbia. Universities offer undergraduate, graduate and postgraduate studies that focus on academic programmes such as history and arts and professional programmes such as law and engineering. Most bachelor’s degrees take 3 to 4 years, with some programmes taking up to 5 years. Although university tuition is not free (even for Canadian permanent residents), most universities offer a number of scholarships and subsidies for eligible students.

Colleges in Canada mostly offer part-time or full-time certificate and diploma programmes that last 1 to 3 years. These programmes provide students with hands-on, vocational training in applied fields such as applied arts, technology, trades, languages and military. Some community colleges offer university transfer programmes where students can apply to a university programme upon finishing the first two years of study at the community college.

Similar to colleges, technical institutes, or polytechnics, offer certificate, diploma, apprenticeship and continuing education programmes, with some also offering applied degree programmes. These institutions are often dedicated to a particular industry such as IT or Engineering, where students receive a wealth of industry knowledge during the course of study.

Other Types of Schooling in Canada 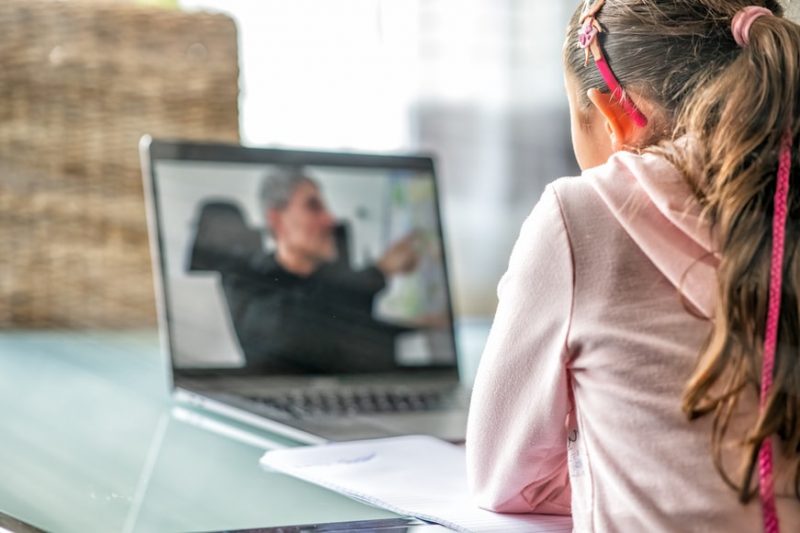 Private schools are required to deliver the same curriculum as those in the public system. However, parents may decide to enrol their children in private schools for various reasons. For example, a smaller class size, on-site accommodation (boarding schools), specialized sports programmes, international baccalaureate (IB) programme, religious programmes or programmes for students with various learning needs.

One of the major reasons for sending children to religious schools is to develop a religious or cultural identity in the next generation. Christian and Catholic schools are the most common religious schools in Canada. However, there are also Islamic, Jewish and Buddhist schools. With the exception of some Catholic schools, other faith/religious-based schools in Canada do not receive government funding (i.e. they are private schools). These schools teach subjects that are taught in non-religious schools as well as religious subjects. While some schools may engage students in religious practices and rituals, most don’t even require students to belong to or practice the religion.

Under the Canadian education system, parents can choose to homeschool their children in Canada. However, each province and territory has its own set of regulations and requirements regarding homeschooling. In most provinces and territories, families are required to notify their local school board about their intent and submit an educational plan. Additionally, some provinces like Newfoundland & Labrador and Nova Scotia require the submission of progress reports throughout the year.

Finding the right school or programme alone can be an overwhelming process. Make the move to Canada a breeze with Simard & Associates. Our team of immigration specialists and lawyers share years of experience and expertise in helping families and individuals with various Canadian immigration programmes so that you can focus on what matters most.